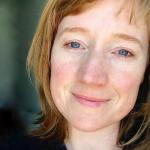 Jenny (nicknamed "JDub") strongly believes in the League’s core values. She is grateful for the opportunities the League offers. The greatest value for her has been the mentors she has found and their encouragement to mentor others through the League.

Why Did She Join the League?

When Jenny moved to San Francisco she struggled to find unbiased political analysis. For the first time in her life, she considered not voting because she felt so unprepared. "I was horrified: I was in one of the most famously politically active cities in the country, and yet I couldn’t find basic voter information?" Read how the League of Women Voters gave her exactly what she needed.

What Does She Do the Rest of the Time?

Jennifer has worked for many years as a consultant, typically in operations, finance and communications for nonprofits and small businesses. She holds a degree in Government from Claremont McKenna College and a Diploma in Public Policy from the University of Edinburgh. She enjoys the flexibility and variety of her work, allowing her to dedicate significant time to the League and to be able to travel. She lives in central San Francisco with her husband, David LaMacchia.

Working globally, she was a LWV delegate to the 62nd United Nations Commission on the Status of Women in 2018. She also founded League collaboration with the US State Department IREX Community Solutions program. She has been a host to a number of State Department guests of the League.

She served at the national level on the 2014 Resolution Committee and on the LWV Constituent Framework & Database Advisory Team for many years. Over the course of a decade, on behalf of the California League, she served several times as the MyLO (formerly LEW) Project Director, working with the national League and state and local Leagues across the country during two periods of significant strategic and programmatic change.

In California, Jenny was Chair of the 2017-2019 Nominating Committee until she moved to the UK in the summer of 2018. She was Chair of the 2015-2017 Bylaws Committee. She was elected as California president 2011-2014. She had first joined the LWVC board in 2007 as communications director and has taken a leadership role in the use of technology for our organization. She served on the audit and finance, human resources, executive transition, fundraising (planned giving, major gifts, and annual giving), voter service, program, legislation, communications, and contributed to many other committees.

Locally, she first joined the League in San Francisco in 2001 and has served in many roles, including president, vice president, budget chair, grant and contracts manager, database manager, and overseeing staff and contractors.