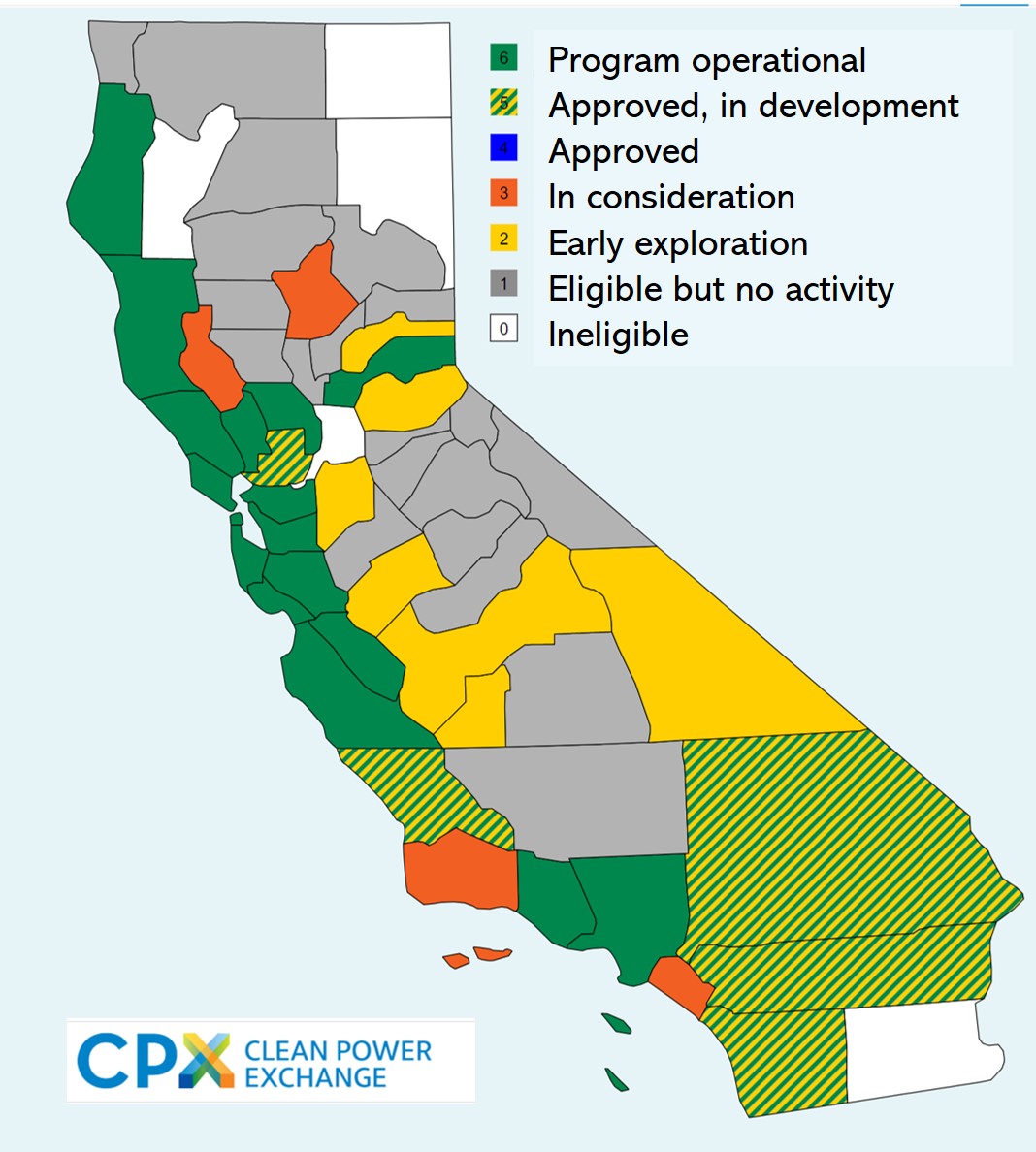 The high levels of greenhouse gases (GHG) are creating global problems and must be reduced. Coal-burning and other polluting energy sources need to be eliminated and replaced with cleaner, alternative and rene wable energy sources such as solar and wind.

California, which has set aggressive goals to reduce GHG, approved in 2002 legislation which allows cities and counties to become electric service providers with the goal to lower costs, and have more local control over the energy mix.  These are called “Community Choice Aggregators” or CC Energy. The legislation allows CCA/E entities to automatically enroll customers with an option to opt-out.

To date, nineteen CCAs have been established as alternatives to investor (or for-profit) owned utilities.  The goal is to provide more “choice” and opportunity for customers to use more renewable energy than had been offered by the utilities (Pacific Gas and Electric, San Diego Gas and Electric, and Southern Cal. Edison — the state’s three major utilities).  CCA/Es would still use the distribution system of the utilities but procure the energy itself.

What We Can Do

See what your city and/or county is doing about CCA/Es and learn more about the effects and impacts it may have.  Changing regulations may not result in significant cost savings, but the energy mix may result in significant reduction in GHGs.  Provide educational forums to explain GHG emissions, role of hydrocarbon vs. renewable and clean energy sources.  Watch for local action and be prepared to speak out in support of reducing GHGs and the need to support clean energy initiatives.

Who’s Working on It

Many leagues are watching the development of CCA/Es including the Claremont League and San Jose/Santa Clara. The San Jose/Santa Clara LWV watched their city debate the issue, participated in workshops and spoke in support, and is now working to provide community education about the city’s newly-established San Jose Clean Energy program.  The Berkeley League has promoted and advocated for CCA/E and now monitors then new East Bay Community Energy (CCE) in Alameda County.