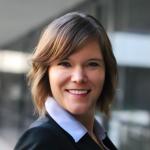 Amanda Berg is a Director of the League of Women Voters of California and the Voter Service Director for the League of Women Voters San Diego and has been working with LWVSD since October 2014. She became Director of Voter Service for LWVSD in January 2015 and then transitioned to serve as the Director of Marketing and Outreach in July 2018. Amanda spearheaded a series of local League events titled “Sips & Civility.” These quarterly events are targeted towards a young professional audience and offer free drinks and civil political discussion. Amanda presented the Sips & Civility model at the 2015 LWVC Convention workshop “Democracy in Dialogue” alongside LWVSD members Jeanne Brown and Nancy Phung. Since then, the event has spread to other local leagues around the county and remains a regular event in the San Diego community. In 2015-2016 Amanda also co-chaired a committee for a local League study on “Campus Justice & Sexual Assault.” This study led to LWVSD adopting a new position regarding how local campuses should handle sexual assault claims, education, and reporting.

Having joined the LWVC board in 2017, Amanda has now served 2 years with the California League, and is excited to continue the work of moving our League into its second hundred years of education and advocacy. Amanda was born in Wisconsin and moved to Southern California when she was 11 years old. She holds a B.A. in Political Science from UCLA and an M.A. in Political Science from UCSD.

In her professional life, Amanda manages a team of Implementation Analysts at a medical software company. Amanda lives in San Diego with her boyfriend, Alex, who is also an active League member. In her free time outside of LWV, Amanda enjoys running half marathons and
just completed her first full marathon in March 2019.