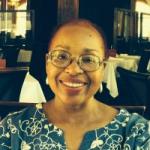 Maxine is a Director for the League of Women Voters of California. Maxine came to the San Francisco League through her political activity during the 2004 election. Her political involvement began in anger, which led to partisan activism, and then to the League where she was recruited to Voter Service work. She has served on the San Francisco League board and as chair of their Advocacy and Action Committee. She also currently serves on the state Criminal Justice Reform Committee.

Maxine was born and raised in Chicago and attended public schools there. She has worked in both the private and public sectors: first as a private industry insurance adjuster and then as a claims adjuster in San Francisco’s City Attorney’s Office. The San Francisco Human Rights Commission gave her the HERO award for her outstanding contributions to voting rights. She also serves on the Older Women’s League board. For fun, she enjoys traveling and reading.