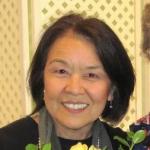 Gloria is First Second Vice President for Advocacy/Program of the League of Women Voters Board, and chair of the LWVC Diversity Equity Task Force, and serves on the state Legislation Committee, and is the board liaison to the Climate Change Task Force.  Prior to joining the state board, Gloria served a two-year term as the chair of the LWV Santa Clara County Council, and was a director on the LWV Bay Area ILO board of directors, and was president of LWV San Jose/Santa Clara for three years.

A resident of San Jose, Gloria worked in marketing and communications/public relations in the science/history/culture museum industry working at The Tech Museum of Innovation, the Campbell Historical Museum and the 'Imiloa Astronomy Center in Hilo, Hawaii.

Before moving to California, she worked in the Boston area in PR, marketing and training in the corporate sector. She has served on numerous nonprofit boards, including the YWCA of the USA Board of Directors (1985-1997). She was past chair and a member of the City of San Jose Planning Commission (2001-2008). Currently she is a member of the Santa Clara Valley Open Space Authority’s Citizen Advisory Committee.

Gloria was born and raised in Honolulu, HI, attended the University of Hawaii, and is a graduate of Boston University with a degree in journalism and minor in East Asian history. She was the founding editor of a bilingual community newspaper, The Sampan, and was host of a public affairs program, “Asian Focus,” on the CBS-affiliate in Boston.