Learn more about LWV California's and the National League's position and research on this issue.

Our Water Committee monitors and recommends action on issues concerning water in our state. The committee is always interested in learning about major water initiatives going forward around the state. Contact for more info: water *at* lwvc.org.

Voters will continue to face large water-related expenditures in the coming years. Making informed decisions on these investments in managing California’s water resources is difficult, given unclear answers to key questions such as:

​What is the League doing on water issues?

Dam removal on the Klamath River
In February, at the urging of LWV Humboldt County, LWVC sent a letter of support to the State Water Resources Control Board for its Draft Environmental Impact Report calling for removal of four dams on the Klamath River. The letter says, “The removal of the four dams will effectively improve water quality for humans, fish, and other wildlife and comply with the Clean Water Act water quality objectives. The improved water quality will also provide for the cultural and economic interests of Native Americans, recreational anglers, and the commercial fishing fleet of northern California.”

Clean Water
In March, LWV Orange Coast in Orange County received permission from LWVUS to urge the US Environmental Protection Agency (EPA) to keep the 2015 Waters of the United States (WOTUS) rule, which provided for protection of lakes, estuaries, and wetlands. (Local Leagues wishing to comment on federal proposals must submit a Request to Take Action form to the national League.) LWV Orange Coast wrote, “We are particularly alarmed by the threat the proposed change represents to preservation of our wetlands. Many of our 215 members live on or near the coast and have long been active in protection and preservation activity in the wetlands of the Banning Ranch Conservancy, the Bolsa Chica Ecological Preserve, the San Joaquin Marsh Reserve, the wetlands of the Upper Newport Bay and similar areas. The League believes that it is vital to have policies which support water quality, that is essential to maintaining species populations and diversity. These policies include measures to protect lakes, estuaries, and wetlands. The proposed changes would have a drastic negative effect. Please keep the 2015 WOTUS rule in place.”

The EPA later revised its definition of Waters of the US and the federal Clean Water Act to make them less protective. The Clean Water Act regulates the discharge of pollutants into the nation's surface waters, including lakes, rivers, streams, wetlands, and coastal areas. LWVUS has been a strong supporter of the Clean Water Act. 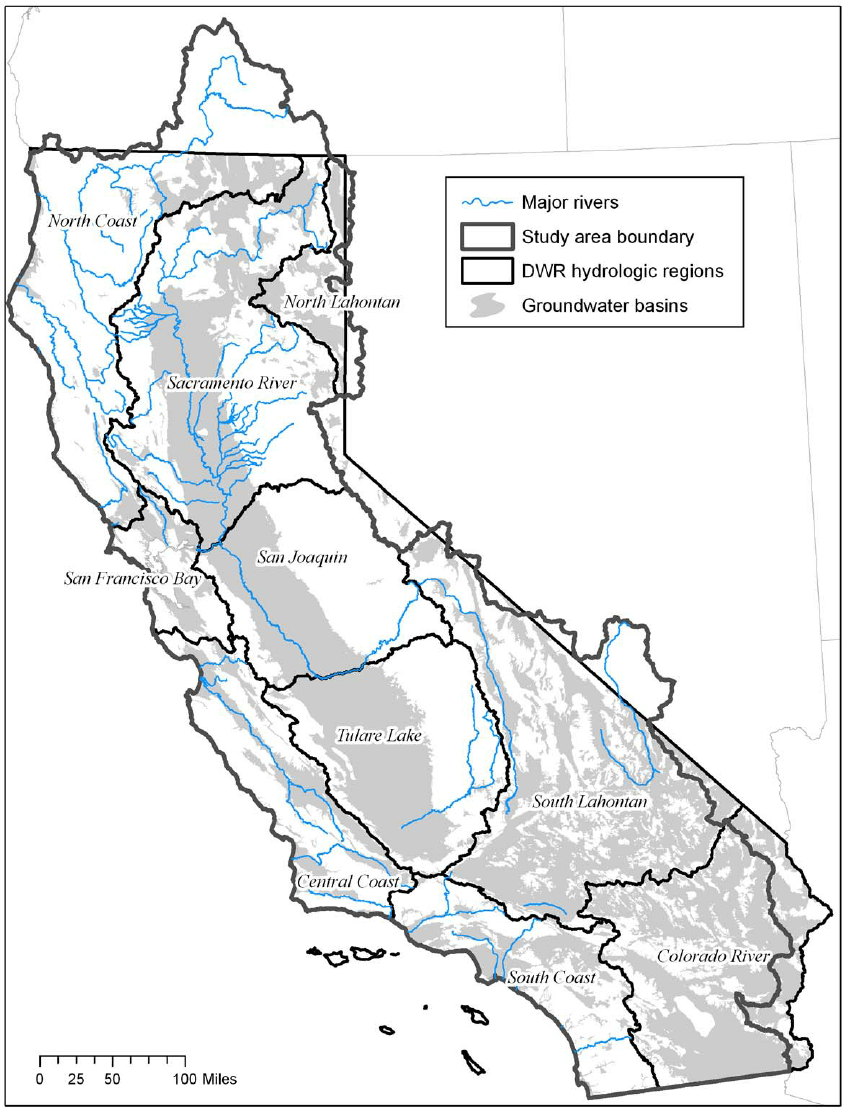 The LWVC Water position calls for discouraging additional on-stream storage (such as Temperance Flat Dam on the San Joaquin River) but encouraging off-stream storage. Sites Reservoir is off-stream storage, but League members in the Sacramento Valley and the Bay-Delta have long had concerns about the physical location of Sites, the proposed water supply, water quality of stored water, and the impact of its proposed operation on the balance of groundwater and surface water in the Sacramento Valley. In April, the Water Committee considered submitting comments to the California Water Commission on the Sites Reservoir project, based on concerns about water quality, but determined that it was too late in the Water Commission’s process of approving storage projects for funding under Prop 1 to submit a comment letter. Redding Area LWV is continuing to follow development relative to the Sites Project.

Convention Caucus
The Water Committee held a caucus at the June 2019 LWVC Convention in Pasadena. Issues raised by attendees:
· Looking at water from a watershed perspective
· Considering climate change, protections for environmental flow, and wastewater treatment costs
· Turning a private water system into a municipal water system
· Lead testing for schools and old buildings, and hazardous materials in water generally
· Water equity, especially in the Central Valley
· Impacts of raising Shasta Dam and of building Sites Reservoir
· The impact of agricultural planting decisions on groundwater use
In addition to taking advantage of this opportunity to discuss water issues around the state, attendees asked for a more robust California Water Resources webpage and access to more sources of information about California water.

Groundwater Management
Under the 2014 Sustainable Groundwater Management Act (SGMA), critically overdrafted groundwater subbasins in California had until January 31, 2020 to submit Groundwater Sustainability Plans (GSPs) to the Department of Water Resources. Many of these overdrafted subbasins are in the Central Valley south of the Sacramento-San Joaquin Delta. League members followed and commented on development of these GSPs in the Mid-Kaweah subbasin in Tulare County; in Fresno County; and in the Eastern San Joaquin Subbasin in San Joaquin County. Of particular concern in some of these areas is the impact of groundwater management on Disadvantaged Communities. In December, LWVC signed on with other organizations to a request to CalEPA, the California Natural Resources Agency, the Department of Water Resources, and the State Water Resources Control Board to consider the potential negative impacts of Groundwater Sustainability Plans under SGMA on safe drinking water for California’s most vulnerable communities.

Another concern with SGMA implementation is that attempts to balance surface water and groundwater in some overdrafted subbasins may result in political or economic pressure to transfer water from other overdrafted subbasins. Also, as attention shifts to subbasins that are not in critical overdraft, many of them in the northern Central Valley, it will be important to consider ongoing pressure to transfer water south of the Delta to compensate for groundwater overdraft, even as the Sacramento Valley faces its own challenges in sustainably managing groundwater and surface water.

The California Environmental, Public Health, and Workers Defense Act of 2019
The LWVC supported this bill, SB 1, requiring state agencies to act to ensure continued protections for the environment, natural resources, public health, and workers health and safety in California even if federal laws regarding these protections are undermined, amended, or repealed. Governor Newsom vetoed SB 1, voicing concerns that it would interfere with efforts to negotiate Voluntary Agreements (VAs) with water users facing regulation by the State Water Resources Control Board of flows intended to protect water quality in the Sacramento-San Joaquin Delta and the San Francisco Bay Estuary.

Measuring Freshwater Flows
The LWVC supported SB 19, which was signed by Governor Newsom, requiring the Department of Water Resources and the State Water Resources Control Board to develop a plan to deploy a network of stream gages providing improved information on amounts and timing of freshwater flows in rivers and streams, following the principle that we cannot manage what we do not measure.

Delta Conveyance and the Water Resilience Portfolio
Shortly after Governor Newsom took office in January 2019, he declared an end to WaterFix, a plan for twin tunnels under the Sacramento-San Joaquin Delta, and he signaled support for consideration of a range of options to reduce reliance on the Delta, with a single Delta tunnel being one possible option. Nevertheless, the Delta Conveyance Design and Construction Authority/Delta Conveyance Finance Authority charged with developing a tunnel plan continued its work. The State Water Contractors continued negotiations with DWR on how much water a new Delta conveyance (DCF) would move, who would pay for building a DCF, and how much water would be allocated (or denied) to non-paying agencies. This involved amendments to water supply contracts. A stakeholder engagement committee was formed to advise on impacts and began meeting late in the year. The SWP contract negotiation process was difficult for the public to follow (for example, some documents were missing or delayed in being posted). The stakeholder engagement committee formed by the Conveyance Authority was not given the option of recommending “no conveyance.”

Water recycling efforts
LWV Monterey County received the LWVC's permission to comment in December on a water issue involving a decision by the California Coastal Commission, a state agency. LWV Monterey County supports Pure Water Monterey, a collaborative regional approach to providing recycled drinking water for the Monterey Peninsula, enhancing water supply reliability by diversifying local water sources. Consideration of the project faces opposition from California American Water (CalAm), an investor-owned public utility proposing construction of a desalination plant. CalAm argues that the Pure Water Monterey project is not sufficient to provide for water needs in the area over the long run and that their desalination facility is necessary. Pure Water Monterey supporters argue that Pure Water’s expansion is sufficient to meet long-term needs. There are also concerns that the desal operation could cause saltwater to seep into the Salinas Valley Groundwater Basin, the aquifer that provides freshwater to much of Monterey County. An early analysis by the California Coastal Commission found that there were less environmentally harmful alternatives to the desal project. The Coastal Commission’s final determination is expected in March 2020.
Note: LWVC does not have a position supporting or opposing desalination.

Water quality
In December, the LWVC signed on to a letter to Governor Newsom requesting that he approve release of the State Water Resources Control Board’s draft white paper on economic feasibility for the creation of Maximum Contaminant levels (MCLs). Delay in releasing this white paper was also delaying the process to set a new MCL for hexavalent chromium (chromium-6), a known carcinogen

In the winter of even numbered years, members across California begin the program planning process by reviewing all existing positions and current issues with their local League members. After discussion, each local League recommends positions to be retained, reviewed, updated, and/or deleted as well as those that the LWVC should emphasize for the following two years.

An important but not widely-publicized local planning process reached a milestone with the July release of the draft Groundwater Sustainability Plan for the Eastern San Joaquin Subbasin. This is the public’s first chance to see how groundwater in this region may be managed for the next 20 years.