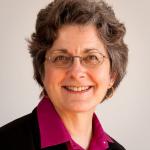 Helen Hutchison is the most recent Past President of the League of Women Voters of California, having joined the board first as the Government Director and then as the Second Vice President for Advocacy and Program in 2008. While serving the state League, she has been active in strategic planning, initiative and referendum reform, human resources, training, legislation, ballot measures, and redistricting.

She has been a member of the League of Women Voters since 1969. She and her family have moved around the country, providing many opportunities to join Leagues in different cities: Claremont, California; Newton, Massachusetts; Los Angeles; Claremont (again); Clackamas County, Oregon; DeKalb County, Georgia; and she was the president of the LWV Oakland from 2003 to 2007. She served on the Boards of the Claremont, Clackamas County and Oakland Leagues in a variety of roles. Each League has provided new areas to learn about and get active in.

Professionally, Helen is a retired computer systems analyst. She is an active member of Montclair Presbyterian Church in Oakland and a foster care volunteer with the East Bay SPCA.